I’ve come to learn that for many physician spouses the decision to stay at home was typically because their partners training made it difficult with so many moves.  Most couples move at least 3x on the medical journey, if they’re together from the start. (Med School, Residency, Real Job.) Usually all are different places. It’s HARD to just pick up and find a new job in your career field at a beneficial pay grade every time your spouse relocates {& this isn’t even adding the extra layer of being a Military Physician} I am not saying this only because it is my current reality. IT IS 100 PERCENT TRUE.

I belong to a private group on Facebook comprised of ONLY Physician spouses, and many of them are not at home because they chose to be. Sometimes on this journey – medicine will make that decision for you. THAT IS A TRUE SACRIFICE.

Putting your career and needs on hold to ensure that your spouse fulfills their dream isn’t always the fairy tale that people think.

You can’t be #RelationshipGoals if you are not willing to sacrifice things for one another. Be it a job, being close to family, starting your own family, & even simple luxuries (like a cup of coffee from Starbucks) when you’re on a tight student/residents budget!

In relationships period you have to die to self-daily, but in a Marriage – it’s so much more pertinent.

Acts of sacrifice, sprinkled freely throughout a marriage, make love richer and deeper. We all know that, so what’s the problem with doing it?! Self. Self always gets in the way.

Self constantly asks for more: What about my needs? What about my hurts? What about my time? Sacrificial love challenges us to give to our partner in uncomfortable or unreasonable ways — ways that cost us emotion, time and pride. If you can’t put SELF aside, your relationship will surely die.

Selflessness is not a marriage strategy but a heart transformation in Christ. Jesus defines selflessness from the Incarnation to Calvary, so to be selfless is to identify with Him. You can’t teach your spouse to be selfless, if they don’t have it- you can only pray & let God do the rest.

You should desire (it shouldn’t be a burden- but rather intentional) to value your partner so much that their best really is your goal too!

Which leads me to my next point:

A power Couple is A PRAYING COUPLE. If not for our relationship with Christ- this marriage would not work. It is so easy to fall short in your relationship when God is not the center of it. There were times when I couldn’t even pray for myself, but Noah would literally get on his knees and pray for me! 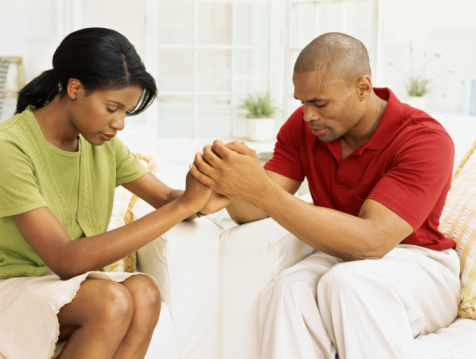 There were also times where I wanted to argue [I meannnn that is what lawyers do right? Lol -I like to call them healthy debates though] and the Lord would tell me not now…and then Noah would come home and talk about losing a patient that day.

In those moments my pettiness would go out the window because what I wanted to argue about wasn’t even that important. (No joke it’s usually things like- him stealing my hangers or leaving closet doors open lol-OCD just a tad) But if the Lord wasn’t helping me to discern- instead of being teammates comforting one another when the world seems to be getting the best of us, we’d be the source of unnecessary stress.

Don’t get it twisted, we’re not perfect! We “debate” but it is never that deep. 5 minutes after we go right back to being best friends (another thing that’s super important, you have to be FRIENDS) and playing on the same team. (Ok sometimes a grudge may be held for an additional 10-15 minutes lol). Nevertheless, that is how it is supposed to be. We took a vow in the sight of God, for better or for worst- so we fight TOGETHER never against each other.

However, when you combine sacrifice, selflessness, & Christ you have a nice blueprint to success.

SUCCESS: that is so much better when you’re Together – Team Work is what makes a family successful together.

Children included (of course not the babies – although their nap schedule is vital to getting things done- but the older children should contribute to the success of the family as well.)

I cannot stress enough how important my sons role was to my success. Whether it was the occasional mom I love you for motivation or helping around the house. But most importantly he did his job! SCHOOL. I tell him all the time how important it is for him to do well in school, to study without being told, & not to get in trouble. Mainly because I have very high expectations of him. I know he’s beyond capable of doing all the things I ask of him, but also it is because I didn’t have too much “free time” to be up at the school ironing things out for him. The fact that he’s always stepped up is such a blessing! He’s always gone above and beyond at his “job” and at home. I’m proud to be his Momma!

When you’re playing for the same team you do your best to hold your team down! Usually that just means just doing your part.

Not worrying about 50/50 but stepping up & filling in the gap whenever & wherever it’s needed. Marriage isn’t 50/50 marriage is 100/100.  If you want to argue because it was his/her time to do something and they forgot or didn’t because of a long day at work/school… again, it isn’t going to work for you. You got to be willing to roll up your sleeves do the job yourself, and NOT keep score.

True love brings out the greatest version of you. It takes a real man/woman to help your partner achieve their goals, support each other when you have nothing, push each other when you feel like giving up, shower each other with positive energy, complement each other on a regular basis, & never kick the other while they’re down. Instead- rising together in LOVE because you’re ALWAYS helping each other Up!!

If you’re not willing to Sacrifice & be Selfless, your #RelationshipGoals will forever remain just that. A goal that is never achieved.

Next time you feel the urge to hashtag #RelationshipGoals on someone’s picture, take a moment to ponder what may happen behind the scenes. The highlight reel isn’t always as it seems.