Webster categorizes forgiveness as a noun. I beg to differ. In my eyes, forgiveness is a verb. It requires action, not just words. But, let’s be honest, forgiveness is tough. Like really tough. Many people, myself included, will say that they forgive you but deep down inside, they are still harboring unresolved and ill feelings. It’s difficult to let go of resentment, anger, and hurt towards someone especially when you feel you’ve been treated wrong.

I can honestly say that unforgiveness is one of my biggest character flaws. Why is resentment so hard to overcome? Why can’t I just forgive someone? Or better yet- why can’t I forgive MYSELF? Why can’t I let go of self-inflicted disappointment which directly relates to unforgiveness? Even better, how can I ask God for forgiveness every day when I can’t even forgive my neighbor?

The last question really resonates with me. I could really go many directions when it comes to forgiveness. But I’ll just say this much, I want to really be able to forgive those who have wronged me, including myself. Though forgiveness is a journey in itself, I'm willing to take the challenge. Click To Tweet

“And when you stand praying, if you hold anything against anyone, forgive them, so that your Father in heaven may forgive you your sins.” – Mark 11:25 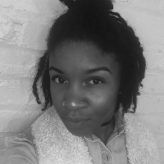 Bridgette is a 27 year old metro RVA resident. She is a flower child at heart and has always been classified as unique. Music, writing, singing off key in her car, matte lipstick, and traveling are a few of the things she enjoys. @_bsimone